Question 4: How does all this fit with Scripture and Prophecy?

Question 4: How does all this fit with Scripture and Prophecy? 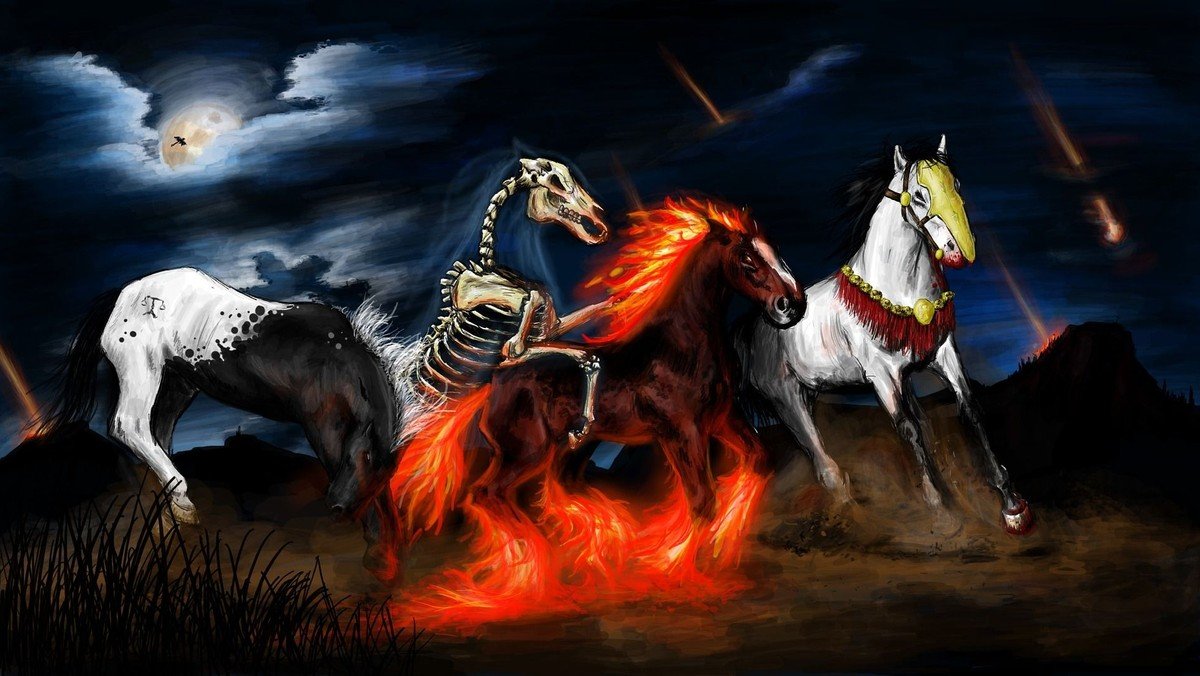 One of the side-effects of the situation we are facing seems to be a renewed interest in some quarters in scripture. More specifically in those parts of scripture that might be read to indicate something of ‘the last days’. It’s something I’ve encountered both directly and indirectly. People have told me in surprise that they have friends and relations previously entirely uninterested who have suddenly started asking questions about the Bible; and some people have directly asked me my thoughts.

I suppose it’s not really surprising, ‘Biblical’ as an adjective has come to describe something large, epic, and dramatic – and that sums up what’s going on at the moment. It’s not just COVID19 either, it’s the other extraordinary events we’ve witnessed over the last few months – bushfires across Australia and California, flooding across Britain, locusts swarming through Africa... and, of course, war as a perpetual reality for many across the globe. Death, famine, pestilence, and war – it’s not hard, if we choose to, to think we see the four horsemen of the apocalypse.

Or you may have encountered these verses, which have been doing the rounds on social media, and even in the press,

“Then the Lord appeared to Solomon in the night and said to him: ‘I have heard your prayer, and have chosen this place for myself as a house of sacrifice. When I shut up the heavens so that there is no rain, or command the locust to devour the land, or send pestilence among my people, if my people who are called by my name humble themselves, pray, seek my face, and turn from their wicked ways, then I will hear from heaven, and will forgive their sin and heal their land.”

Again – it’s not hard to see, if we choose to, echoes: fires where there has been no rain; locusts devouring the land, and now pestilence across the globe...

So what’s going on here? Should we be marking these as the Last Days? Should we pouring over Revelation for all the little details, and finding matches? Should we be listening to the words of the Lord spoken to Solomon as though they were about right now?

To begin to answer those, I want to take a slight detour to another moment in scripture. One that was deliberately written with the whole of human experience throughout history in mind, and that is deliberately left unanchored to any particular event or moment. It’s a passage you are more than likely already quite familiar with:

Or, as the teacher puts it more succinctly elsewhere,

These verses should be a stark reminder to us that what we’re facing is nothing new. Throughout history there have always been plagues. There have always been famines. There have always wars, and wildfires and floods. Our ancestors through time have lived through days like these time and time again. Maybe they weren’t so shocked by them as we are – they weren’t, after all, as accustomed to comfort, ease, and instantaneous technological solution. They lived their whole lives closer to home, and closer to death.

What I’m trying to say is that shocking and scary as these months have been, in the long view they are actually perfectly normal. So it should come as no surprise that they echo the experiences of writers thousands of years ago. This is not something new, foretold by ancient texts because it is so extraordinary; this is something ancient that has been recorded in those texts because it is so normal.

If we look at the Chronicles passage through that lens, we find ourselves sharing in the human experience of recognising that the way we live, and the choices we make do sometimes have damaging consequences for ourselves, and our world, and sometimes stuff just happens (not all of it good) – but even as we live with the consequences of those actions and the uncertainty, we have a God who is calling us to call upon him in our need, and to listen to his promises of love, hope, peace and joy.

So in these days let us not distract or worry ourselves by seeking an apocalypse; instead let us learn from those who came before, trust the witness of our forebears, listen to God’s call – and live our lives as echoes of the future glory he has promised so that we might bring the life, light, and hope of heaven into being even now.

May his kingdom come, may his will be done, on earth as it is in Heaven.