Question 2: Is God Punishing Us?

Question 2: Is God Punishing Us? 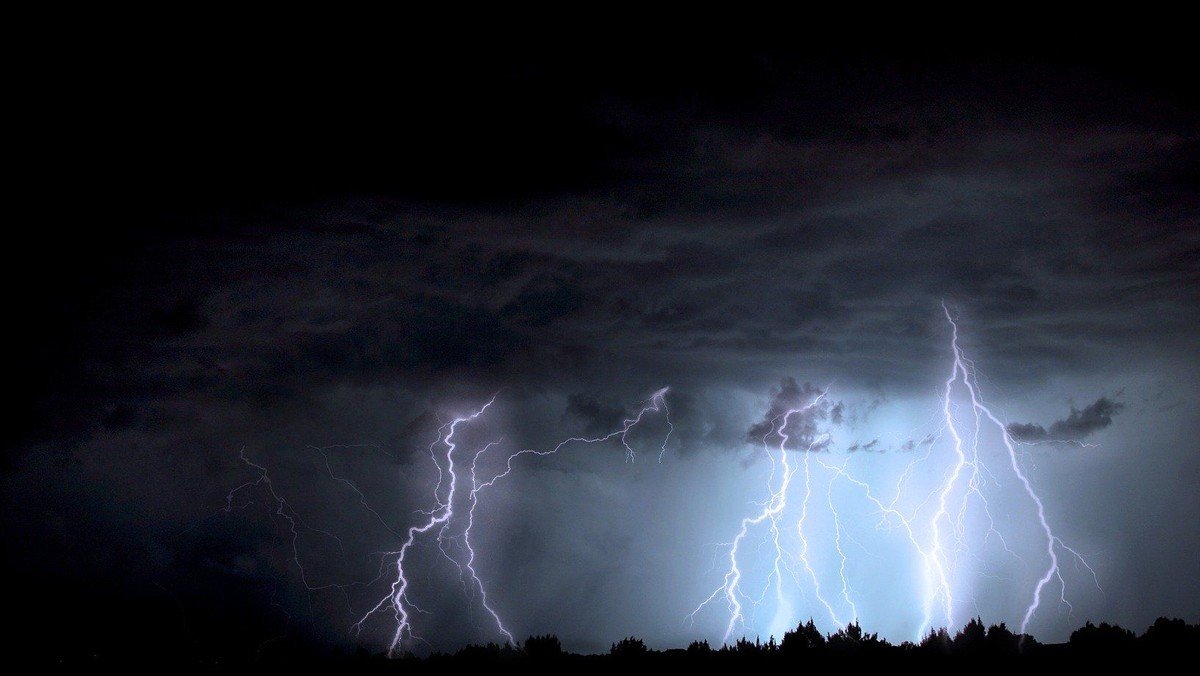 In Question 1, I arrived at a point of concluding that God is angry.  If we understand his anger as the right response, of pain and abhorrence, to humanity's ability to hurt one another.  But if we're dealing with an anger that is closer to sadness than it is rage - is that something that can lead to punishment?

I know not everyone is going to agree with me on this one. I’m okay with that – just please disagree with me respectfully and lovingly! But I don’t think God punishes at all.

I know that’s a loaded statement. I know there are many, many verses in Scripture you can throw straight back at me, Deuteronomy’s ‘Vengeance is mine’ for instance, is quoted twice in the New Testament as well (Romans 12:19, Hebrews 10:30); or Exodus 20:5 might be familiar, “I the Lord your God am a jealous God, punishing children for the iniquity of parents, to the third and the fourth generation of those who reject me,”. So I know that if you want to cut me off right here, you have plenty of justification in doing so – but for those who might want to listen, I’d like to offer a few thoughts that could take us in a different direction.

You see, my understanding is that many of these verses come from a vastly different worldview to our own. There may be sociological anthropologists out there who can correct me, but I seem to carry with me the understanding that the culture that produced these texts was one in which the individual was less important than the corporate; and that lesser view of individual potency meant the agency of God was more privileged in their understanding than the agency of humankind.

In other words, in that understanding everything comes from God by his direct action; and the narrative scale is one of peoples not people. That everything includes the bad as well as the good, and that narrative scale means individual action is also part of everything rather than whole to itself. You do what you do, because God wills it, not you. Hence, in the story of Moses (which we’ll come back to in a minute), we find expressions like, ‘But the Lord hardened the heart of Pharaoh, and he would not listen to them, just as the Lord had spoken to Moses.’ (Exodus 9:12). Similarly, if you remember the stories of Saul and David, you might recall this moment, “The next day an evil spirit from God rushed upon Saul, and he raved within his house, while David was playing the lyre, as he did day by day. Saul had his spear in his hand; and Saul threw the spear, for he thought, ‘I will pin David to the wall...’” (1 Samuel 18:10-11)

So if God is the ultimate causal force, if everything – even your own actions – come from him, then the only way you can understand a natural disaster, a plague, or a war is as something sent by God. If, in the face of that, you want to preserve the notion that God is good, as evidenced by his extraordinary intimacy, care, and love for his people, then ‘punishment’ is probably a very useful category to put all those disasters in. Particularly when an awful lot of it feels like it’s our fault in the first place. If he’s sending those things upon us, to direct history onto the right path, or to discipline and correct, then we preserve the notion of God as Lord of All and Loving Father. We also create room for the righteous judge who will come and cast down the evil, proud, and boastful (etc.), and lift up the meek, lowly and oppressed. We create a model that fits with a human sense of justice and recompense.

Scripture, though, tells the story of a people that move from a nationalised, corporate sense of identity to something that is more individualistic. When we reach 587BC we reach a cataclysmic event in Israelite history – Nebuchadnezzar II lays siege to Jerusalem, and ultimately destroys it, and scatters the nation of Israel into exile. A sense of identity based on one kingdom, cult, and temple is blown apart. Faith, though, survives, and works into itself a growing understanding of relationship with God not just through institution, but on a personal, individual basis. And that brings with it an understanding of personal accountability. We find this in the works of the prophet Ezekiel, who was ministering around this time, “Yet you say, ‘Why should not the son suffer for the iniquity of the father?’ When the son has done what is lawful and right, and has been careful to observe all my statutes, he shall surely live. The person who sins shall die. A child shall not suffer for the iniquity of a parent, nor a parent suffer for the iniquity of a child; the righteousness of the righteous shall be his own, and the wickedness of the wicked shall be his own.” (Ezekiel 18:19-20)

It’s far closer to our modern worldview, in which each is responsible for their own actions, and for the consequences.

And that’s the point I want to depart from the word ‘punishment’ because we’ve found the word ‘consequence’. I think that’s a word that can begin to reshape our understanding of some of these stories – and perhaps even enable us to give an answer to the question we started with – with what’s going on right now, is God punishing us?

Let’s jump back to the story of Moses. On one level it’s a perfect example of the ancient way of thinking: God hears his people’s distress, and so he calls upon Pharaoh to free them. Pharaoh, however, hardens his heart (or has his heart hardened!) and refuses to let them go. God, therefore, punishes Egypt with a series of plagues – culminating in the death of every firstborn. Pharoah eventually gives in, and lets the people go. A new independent people is forged and born.

We therefore have God in control of everything, even Pharaoh’s heart. We have him acting as righteous judge, punishing and casting down the mighty (Egypt), and lifting up the oppressed (the Hebrews). We have a narrative built around national identity, rather than individual responsibility.

What happens, though, if we zoom in a little and look at this from a more individual perspective. Is it possible to say that what happened wasn’t a series of punishments to bring about a national agenda, but rather a series of consequences emerging from individual choice?

Take a look at these verses:

I don’t think I need go on. Shakespeare wrote, “Much virtue in ‘if’”. Here that is certainly true. It’s not quite universal, but overwhelmingly the plagues in Egypt – indeed the whole situation – is bracketed in a warning, 'If you Pharaoh do not do what you’re asked, then this will happen – and it won’t be good'. It’s conditional, and it’s personal. I think that makes it consequence not punishment.

I think that wherever we find ‘punishment’ in scripture it’s because someone somewhere has ignored a warning. Go back to the very beginning, “‘You may freely eat of every tree of the garden; but of the tree of the knowledge of good and evil you shall not eat, for in the day that you eat of it you shall die.’” (Genesis 2:16). I don’t think we need that to be literally true for it to be figuratively true of the basic human condition... here is everything God has created good for you, but if you turn away and go after something else, then it won’t end well.

Deuteronomy 30:15-18 echoes it again, and puts it perhaps more clearly than anywhere else, “See, I have set before you today life and prosperity, death and adversity. If you obey the commandments of the Lord your God that I am commanding you today, by loving the Lord your God, walking in his ways, and observing his commandments, decrees, and ordinances, then you shall live and become numerous, and the Lord your God will bless you in the land that you are entering to possess. But if your heart turns away and you do not hear, but are led astray to bow down to other gods and serve them, I declare to you today that you shall perish...”

It’s an either or choice – do what’s good, and the world gets better; do what’s bad, and bad stuff happens. There are consequences to your choices, but that doesn’t mean it is God punishing. If I warn you that if you go out in a lighting storm waving a fishing rod it’s not going to end well, and you choose to ignore me and get fried by lightning – it’s not me that punished you... God wants good for us, not bad, and he longs for us to make the right choices.

Jesus echoes it in John’s gospel (John 3:17-18), “God did not send the Son into the world to condemn the world, but in order that the world might be saved through him. Those who believe in him are not condemned; but those who do not believe are condemned already...”

Paul picks up in Romans, 6:23, “For the wages of sin is death, but the free gift of God is eternal life in Christ Jesus our Lord.”

So, does God punish us? I don’t think so. I think he very clearly tells us how to get the absolute best out of this world and one another – by loving him with heart, soul, mind, and strength, and each other as ourselves. And he warns us that if we don’t then it’s not going to end well. And he loves us enough to step in and try to get us back out of the mess we make when we don’t listen.

Are wildfires in Australia a punishment from God? No, they’re the consequence of our mistreatment of this planet, and our refusal to listen to warnings about climate change.

Are floods across our country a punishment from God? No, they’re the consequence of the same greed that’s led to climate change, and choices we make about flood defences, river management, and public funding.

God loves us, and wants the best for us. He died for us so we could be saved the consequences of our actions. He wants to forgive us, not punish us.

All well and good, you might say, but you’ve dodged one minor point Paul – the virus itself isn’t a consequence of human activity, surely? You’re right, of course. I did dodge that – but only because it raises another big question. If it’s something that’s naturally occurring, then we have to ask ourselves the next question, Why does God allow suffering the world?